The Marbeau Cousins was published by Rand McNally in 1898, and W. W. Denslow's cover for this title went through quite a few changes in color and design. I recently picked up another copy of the book, but I doubt I'll ever have all the variations! 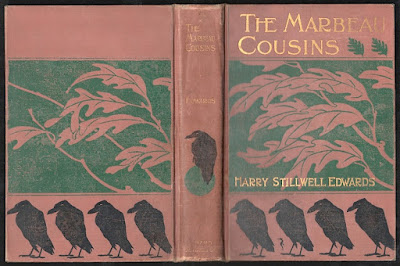 The original edition had a wraparound cover design. The cover fabric on my copy is a putty/tan color, but there do seem to be other colors. Denslow's seahorse is visible between two of the crows. 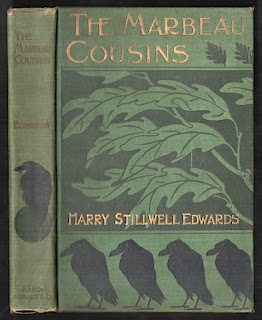 This copy has changed to cover and spine only, and a reduced size which resulted in one crow losing his tail! As usual, Denslow's seahorse has vanished from the cover. The cover does still use gilt for the title and author. A version also exists with white lettering rather than gold. There's no indication of when these changes occurred. 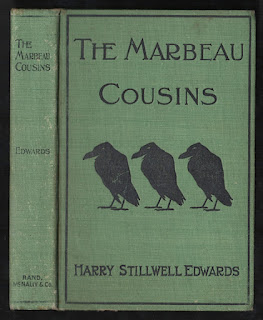 The simplest of the batch is this version, which keeps only the lettering and three of the birds. I have seen copies of this binding using white lettering and the pictorial spine design, but this is an even simpler one-color stamping. This copy does have a 1914 inscription, which might indicate when it was published.

The Oz books were one of the jewels of the Reilly & Britton publishing house, and the company was eager to promote the series. I occasionally run across other R & B titles showing ads for the works of their most famous author. Here are a couple examples of ads for Oz books, as well as other L. Frank Baum titles, featured on the jackets of other Reilly & Britton books. These jackets can be rather tattered, but I still find them interesting!

The back cover of Fairy Tales From Shakespeare features what was then the entire Oz series, as published by Reilly & Britton. The Sea Fairies, the start of Baum's new (and short-lived) Trot & Cap'n Bill series is given the front flap, while The Juvenile Speaker is shown on the rear flap, making this a very Baum-ful jacket!

What Happened at Olenberg also featured a pair of Baum books; The Sea Fairies again, and The Daring Twins. This was to be the start of a series of young adult novels written under Baum's own name, but it only lasted for two books. However, Aunt Jane's Nieces was shown on the rear of the jacket. This young adult series, written by Baum under the pseudonym of Edith Van Dyne, was quite successful! 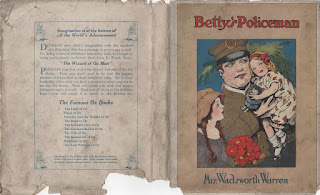 An ad similar to those published within the Oz books was used on the rear of Betty's Policeman. The titles list up to Lost Princess, dating this jacket to 1917. The flaps contain no ads.

Azalea was another Reilly & Britton series, written by Elia Peattie, which ran to four titles. The Daring Twins is featured prominently on the rear cover, this time with both titles in the series, while Aunt Jane is on the rear flap. The front flap of the jacket contains a synopsis of the book. A later title from the series features all ten Aunt Jane books on the rear cover. 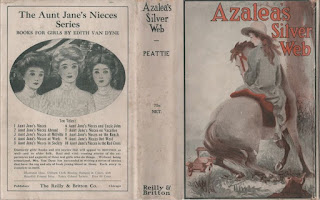 And finally, Captain Becky's Masquerade has prominent ads for two of Baum's series written under the Edith Van Dyne pseudonym - Aunt Jane's Nieces and The Flying Girl. The Captain Becky books were written by Margaret Love Sanderson, and only ran to two titles - as did the Flying Girl series!