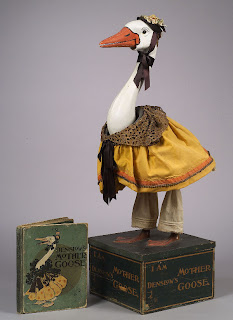 I saw this at a New York Book Fair several years ago, in Justin Schiller's booth. It's a very unique piece, believed to have originated at a Chicago department store. It's the only one of its kind known, and really a lot of fun! I like to think of this as an interesting precursor to L. Frank Baum's clockwork man, Tik-Tok - even though there's no real connection between the two.
Posted by Bill Campbell 3 comments: 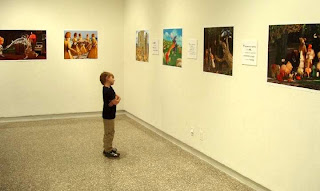 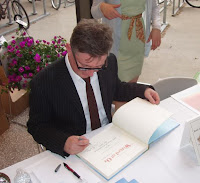 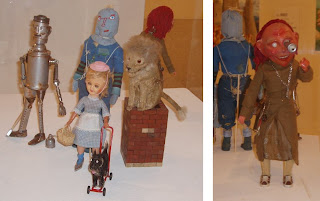 The exhibit is on display until June 28th. If anyone happens to be in the area, I recommend it!
http://www.grahamrawle.com/index.html
Posted by Bill Campbell No comments: 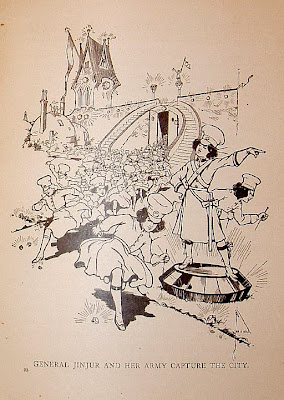 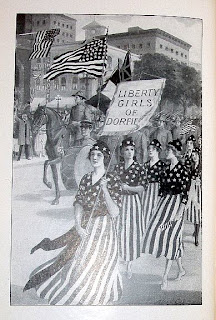 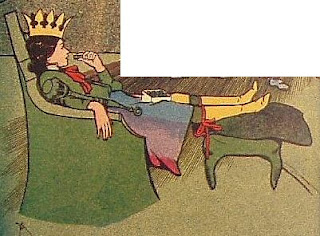 Although Jinjur is a satire, her avowed goal of setting a woman on the throne of the Emerald City does happen - except the new ruler is Ozma rather than herself. Her few appearances in later books show that she maintains her independent spirit, even if she's never the Queen she intended to be.
Posted by Bill Campbell No comments: 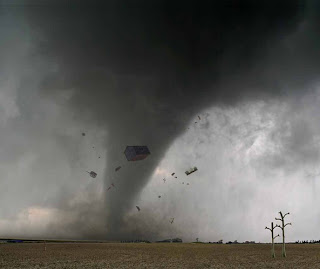 I just ran across this, a little late but still in plenty of time to attend. An exhibition at my alma mater of Graham Rawle's artwork for The Wizard of Oz - this should be fun!

MINNEAPOLIS—Explore the extraordinary imagination of acclaimed British artist and author Graham Rawle in the dazzling exhibition THE WIZARD OF OZ: ACCORDING TO GRAHAM RAWLE, opening Friday, May 22 in MCAD Gallery.
Inspired by his vividly re-imagined retelling of L. Frank Baum's original classic The Wizard of Oz (Counterpoint Press, 2008), this exhibition lifts Rawle's breathtaking illustrations from the printed page, presenting them in large scale for the first time anywhere.
Using handcrafted miniature sets, carved sculptures, found objects and other unusual materials (such as Pringles cans and spraypainted asparagus), Rawle's dynamic and oftentimes surreal illustrations include original characters and scenes that will be revelatory to those who are more familiar with the cinema classic.
Rawle's illustrations will amaze children and adults alike. They're endearing yet edgy, delightful yet dark—the same qualities found in only the most treasured and iconic children's fiction. THE WIZARD OF OZ: ACCORDING TO GRAHAM RAWLE is not to be missed! 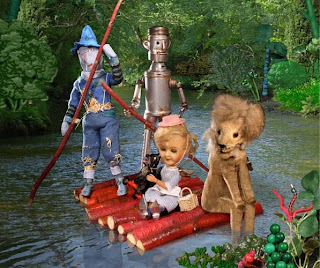 Graham Rawle will join us from London to celebrate the opening of this remarkable exhibition on Friday, May 22, from 6 to 9 p.m. in MCAD's Main Gallery, located on the first floor of MCAD's Main Building. Copies of The Wizard of Oz will be available for purchase and signing by the artist at this event. Don't miss this rare opportunity to meet the artist and get up-close to his work!
Want a sneak peek?
Visit www.mcad.edu/oz for a gallery of some of the amazing images featured in the exhibition, along with a link to Graham Rawle's Web site and a specially animated short film that brings the book's characters to life.

Praise for The Wizard of Oz, illustrated by Graham Rawle 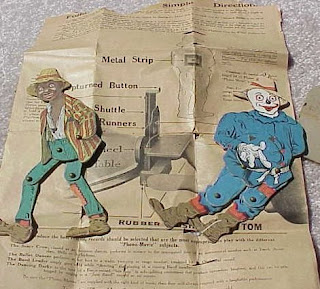 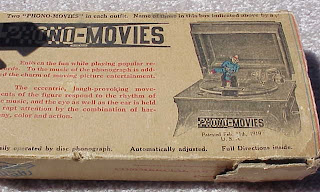