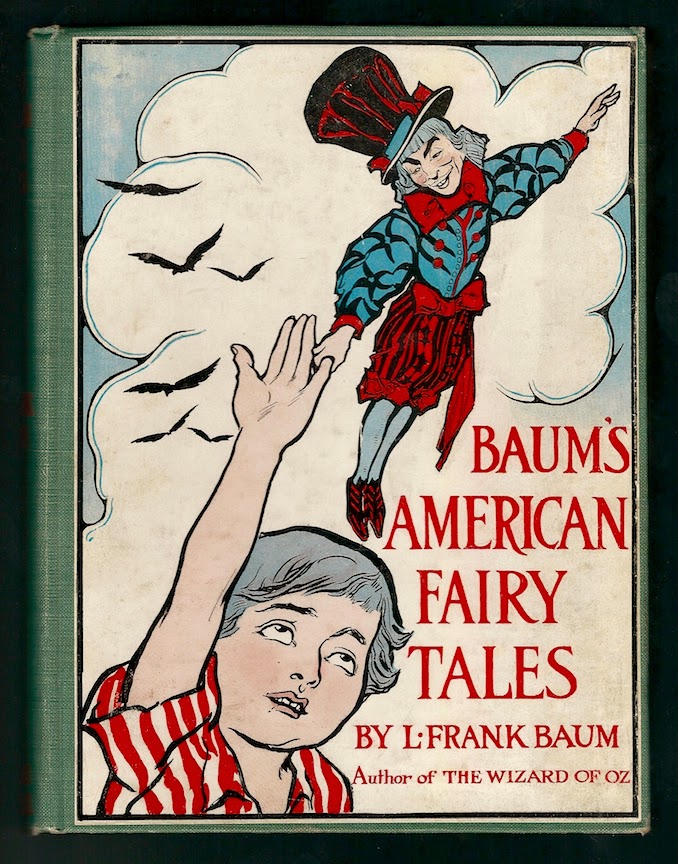 Baum's American Fairy Tales was published in 1908, but it is actually an expanded and updated version of American Fairy Tales from 1901. Three stories were added, and the book was re-illustrated with 16 two-color plates by George Kerr.  The publisher was the Bobbs Merrill company, who had already published several Baum books, and had the rights to the older Baum titles published by the defunct George M. Hill company.

The original edition of the book was rather elaborately produced, with 24 full page drawings and decorative borders on every page. But there are no color plates, and the drawings are by a variety of artists, which lends a somewhat uneven quality.

The 16 new illustrations in the new edition provide a more cohesive look to the book. Of course there is the rather obvious flaw on the cover drawing - the boy's hand is clearly backwards, or else his arm is being brutally twisted!

George Kerr is interesting for having contributed to several books in the Oz style, such as Bobby in Bugaboo Land, and The Golden Goblin. He was involved in a notorious divorce case in 1907-1909, and continued his career into the 1940's.
Posted by Bill Campbell No comments: Here's a holiday cartoon panel by W. W. Denslow, that appeared in the St Paul Globe on Dec 13th, 1903. It was syndicated in other papers as well; a variety of characters from various Denslow books are here, even a familiar looking lion... Merry Christmas!
Posted by Bill Campbell 1 comment: 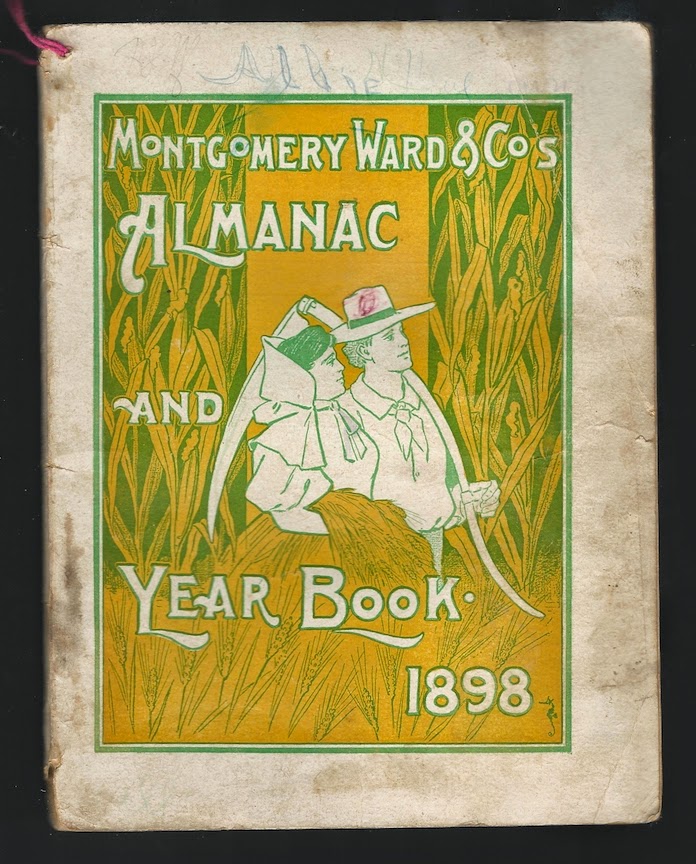 W. W. Denslow did a lot of commercial artwork in the course of his career, creating pamphlets, postcards, posters etc. One of his clients in the 1890's was the Montgomery Ward Company, the first mail-order retailer in America. He created many drawings for the Ward catalogs of the late 90's, as well as two almanacs - this one for 1898, and another for 1899.

Images from the interior of this piece, as well as the 1899 version can be seen on the Wannabe Wonderlands: Outside of Oz blog, a very good resource for viewing vintage children's books in the style of Oz, as well as other related items. 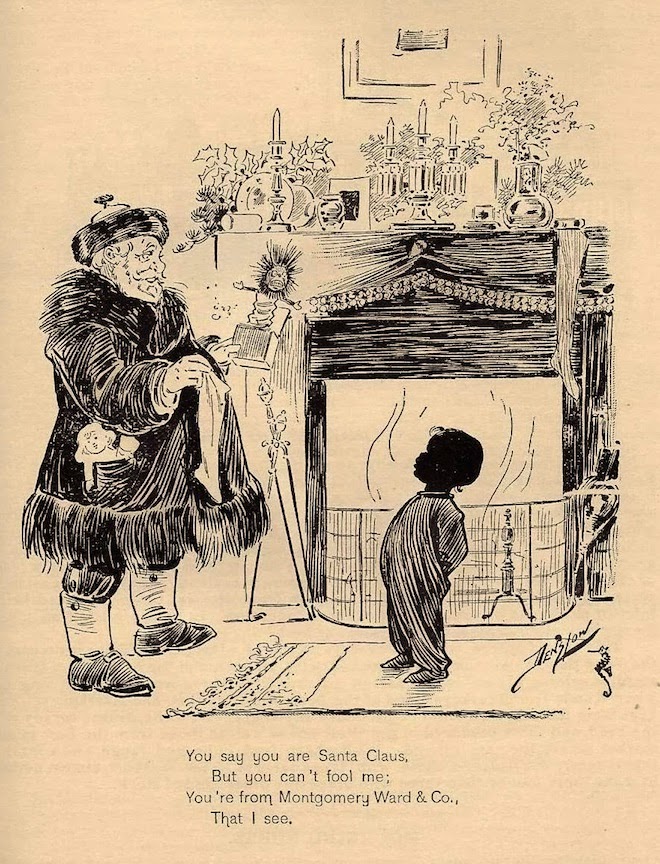 Both of the almanacs feature a selection of drawings of country life through the year. One of my favorites is this great Denslow snowman, collecting an order for Montgomery Ward - and here's an early Denslow Santa making deliveries!!

Poppies will make them sleep..... 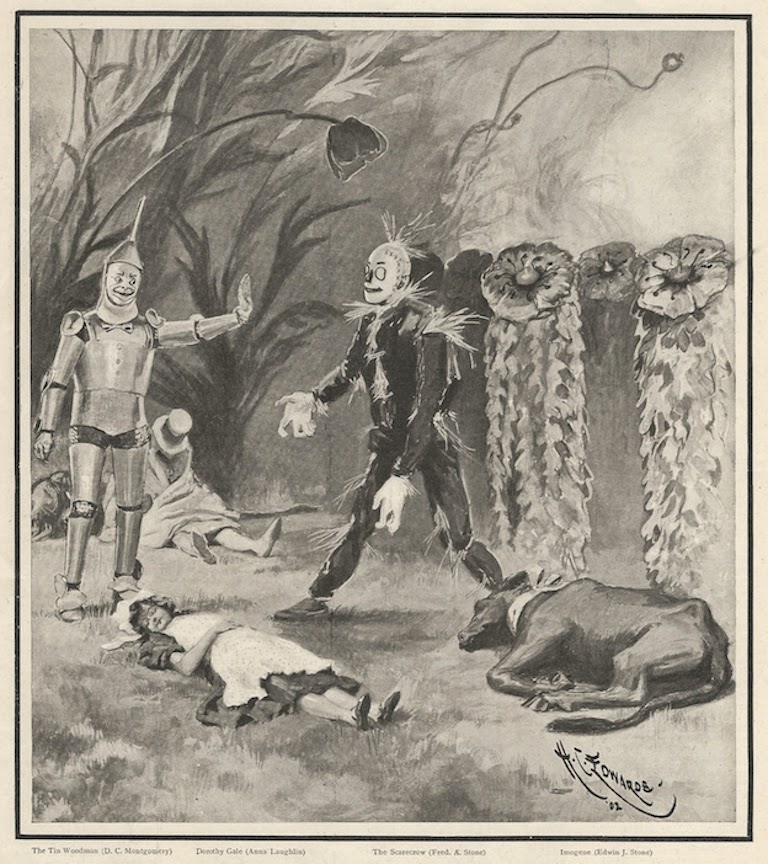 Here is a fun illustration that appeared in Harper's Weekly in 1903. It provides a different view of the famous Poppy scene from the Broadway Wizard of Oz, and was published together with a short blurb praising the show. 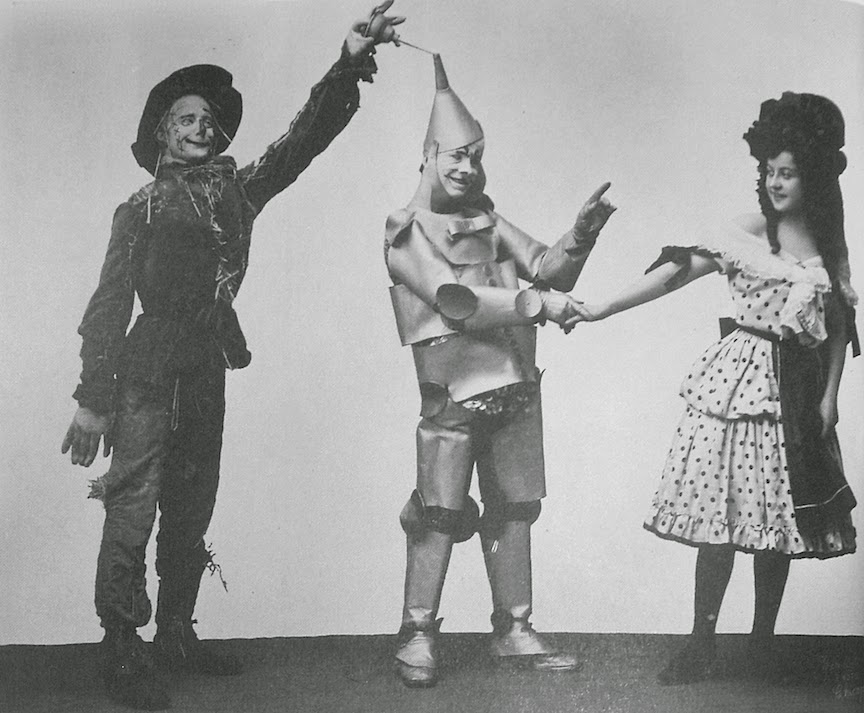 The drawing is by H. C. Edwards, and dated 1902, which is interesting - the show played Chicago and traveled in 1902, with Dorothy in a pale polka dot dress (seen on the right); when the show moved to Broadway in 1903, a new dress was designed in red with a polka dot apron. This is the costume shown in the illustration - perhaps the dress changed prior to the New York opening on January 20th, 1903! 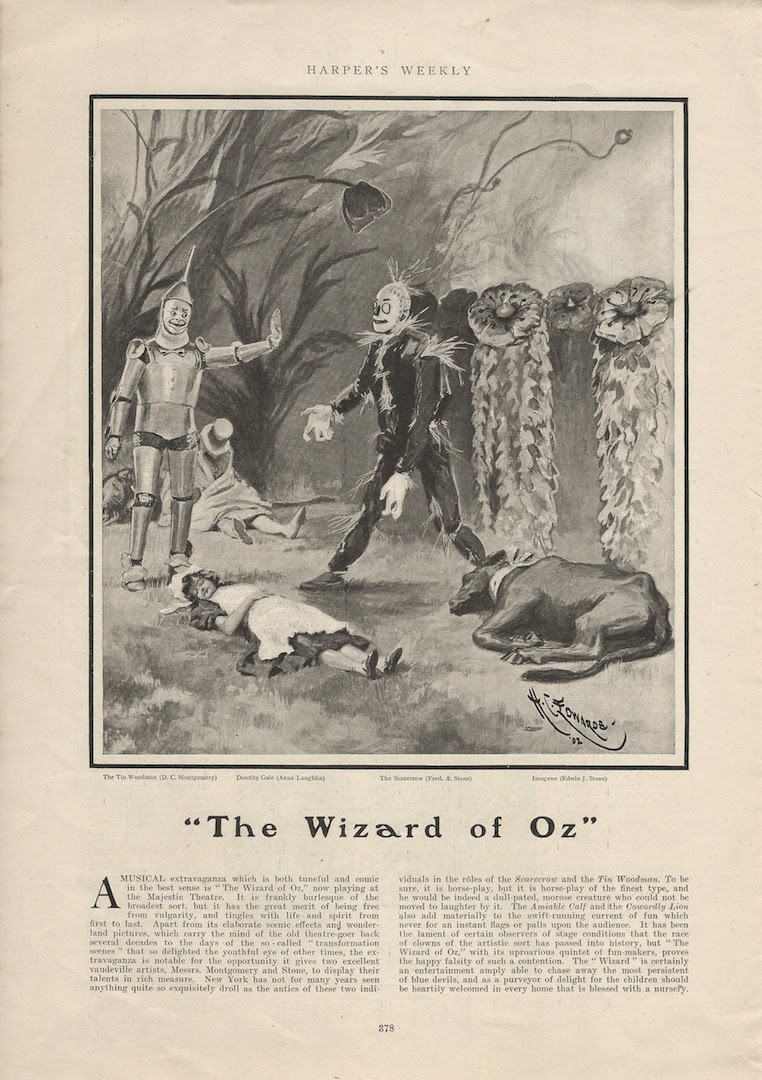 Dorothy is seen stretched out on the ground, with her cow Imogene asleep at her feet. The sleeping figure of Pastoria (the true ruler of Oz) is propped up in the background, as the Tin Woodman raises an arm in warning that enchantment is at work. The dangerous poppies are in the background, cleverly disguised chorus girls who will sing and dance, and lure travelers into a deadly sleep....until the Snow Queen arrives to save them all!