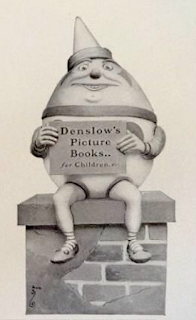 My post last week about Humpty Dumpty reminded me of this W. W. Denslow related piece.

This photo was published in December 1903, in the Current Books section of The Book-Lover magazine. It's a bit of a mystery, as it's not a standard kind of Denslow image. I think it may be a picture of a store display designed for the sales of Denslow's picture book series. It's a charming piece, and a three dimensional sales tool like this would have been very eye-catching! 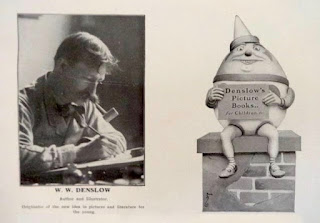 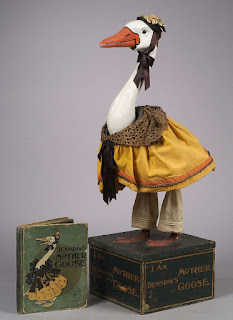 The idea isn't too farfetched, and it seems as though it could be related to this other display, for Denslow's Mother Goose. The Mother Goose piece had a clockwork mechanism to make the goose raise and lower her head while her beak opened and closed. I've seen the Mother Goose display in person, some years ago, but who knows if Humpty could still survive! 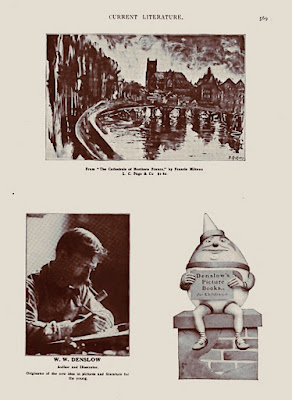 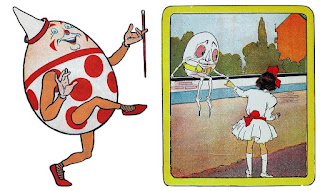 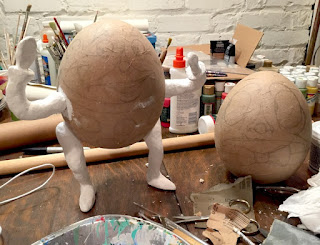 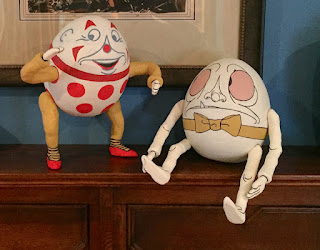 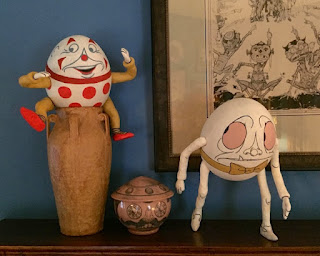 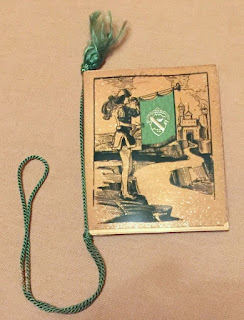 Here's a little Oz oddity; this is a dance card from a party thrown by the Beta Kappa of Alpha Phi, on November 25th of 1939. After a bit of research, I've determined that this took place at Denison College in Granville, Ohio.

It's an elaborate little piece, involving several layers of specialty papers - a clear plastic cover with illustration in green ink, over a gold glitter paper with cutout window, a stiff page with corresponding cutout, green paper embossed in silver, striped glassine with silver stars, a printed programme, all bound up with green satin cord and a tassel. The card was produced by Brochon, a Chicago company that seems to have specialized in such things. 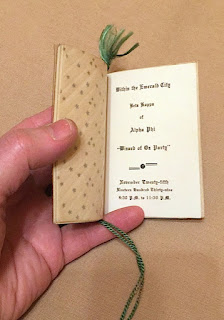 1939 was the year that the MGM film opened, three months earlier in August. It's also the year that Franklin Roosevelt caused a stir by moving Thanksgiving up one week, to allow for a longer shopping period before Christmas. This dance would have been held the weekend after Thanksgiving. The change in the date of the holiday caused many schools, including Denison, to cancel Thanksgiving vacations, so perhaps this helped to soften the blow! 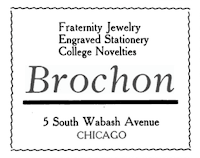 The use of the Oz theme was probably inspired by the new film, although the Oz series was certainly far more familiar at that period than it is today.
Posted by Bill Campbell 2 comments:
Newer Posts Older Posts Home
Subscribe to: Posts (Atom)