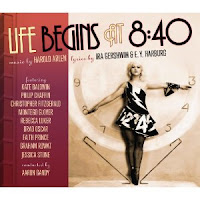 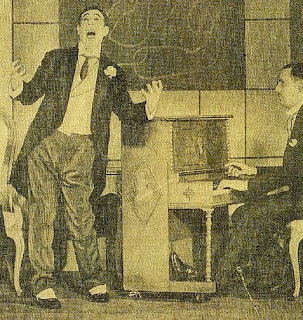 This also gave the songwriting team some experience in writing for their stars - in particular, Bert Lahr. One of the songs in the revue is Things, which parodies an operatic baritone - on this recording, it's performed by Brad Oscar. It's easy to see this as a precursor to If I Were King of the Forest! Harold Arlen later declared that no one could write better for Lahr than Harburg and himself.
Posted by Bill Campbell No comments: 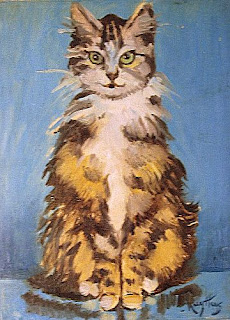 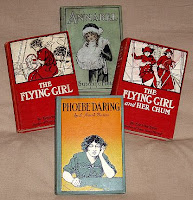 I don't know when this painting is from, as it isn't dated - Nuyttens lived until 1960, and I assume this is from a later period. Apparently he was an incessant smoker, and died in a house fire which also destroyed quite a bit of his original work.
Posted by Bill Campbell 2 comments:

W. W. Denslow's cover for Dodd's Sister is clearly designed to accompany his cover for Dodd. The same colors of teal, gray and white are used, as well as the same layout with a band of color at the top and a single child in the lower portion.

These two books were clearly meant to be a pair, but it's fun to see that The Romance of a Child (also from 1897) was designed in very much the same manner. It fits together nicely with these titles to create a trio of covers.
Posted by Bill Campbell 1 comment:

East is East and West is West....Sometimes 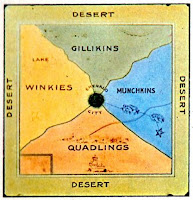 A few posts back, I had a question from a reader asking about Oz maps and why the Munchkins and Winkies switch locations on various maps. This is one of those perennial questions that has no definite answer, but there are a number of theories.

The first map of Oz was created as a glass slide for L. Frank Baum's traveling show The Fairylogue and Radio Plays. On this simple map, seen on the right from The Annotated Wizard of Oz, the Munchkins are in the east and the Winkies are in the west, as described in The Wonderful Wizard of Oz. 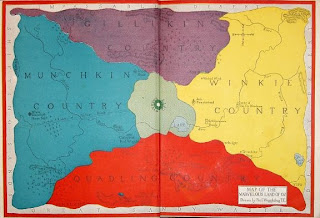 The next map came out in 1914, as the endpapers of Tik-Tok of Oz. On this much more detailed map, the Munchkins are on the left, which is usually the west, and the Winkies are on the right, usually the east. However, the points on the compass rose clearly place the east on the left and the west on the right. This is unlike any standard map, but Oz is a magical land - perhaps that is simply how things work there!

When this map was reprinted in 1920 to hand out with Oz books purchased that year, someone seems to have noticed the unusual compass points and corrected them. The Munchkins are now irrevocably in the west, and the Winkies in the east. Ruth Plumly Thompson regularly referenced the Oz map when writing her stories, so the two countries remained in their incorrect locations. 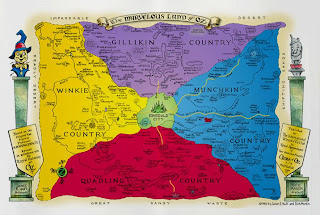 When new maps were created in the 1960s by Oz Club members James Haff and Dick Martin, the odd placement of Munchkins and Winkies was corrected. The new maps used a standard compass rose, and the entire country was reworked to try and clear up location discrepancies. This is the same basic map currently available from the International Wizard of Oz Club, although it has been updated a few times over the years. But I still like the original map in Tik-Tok with it's unique directions - that's how I think the map should be!
Posted by Bill Campbell 3 comments:
Newer Posts Older Posts Home
Subscribe to: Posts (Atom)