Off to the Brandywine 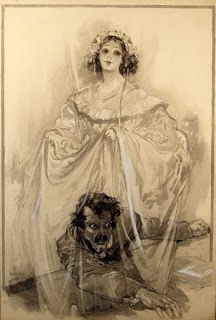 This week an art transport company stopped by, and picked up a piece of artwork by John R. Neill to take to the Brandywine Museum in Chadds Ford, PA. An exhibition is opening on September 8th called Picturing Poe, and it will feature works by various illustrators for the writings of Edgar Allen Poe. The show will run until November 15. My piece is from the Reilly Britton edition of The Raven and Other Poems, published in 1910.

The Brandywine is always worth a visit, and it's encouraging to see Neill included in a museum show featuring a number of his contemporaries, as well as more recent artists. I'm afraid his talents tend to be overlooked!

Other artists mentioned in the exhibit include Arthur Rackham, Harry Clarke, Aubrey Beardsley and Barry Moser. Further information can be found on the museum exhibitions page (here).
Posted by Bill Campbell No comments: 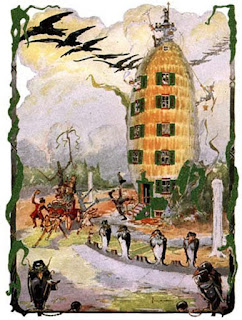 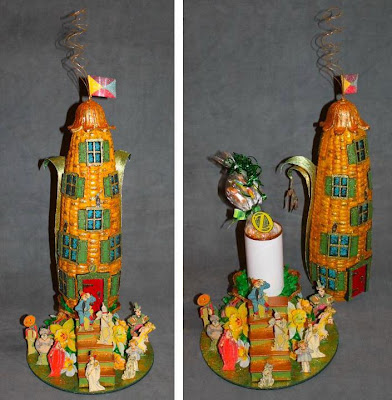 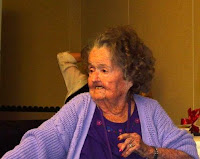 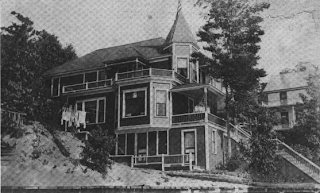 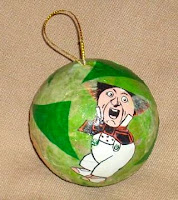 There was a sing-along, a show & tell, and several vendors had tables offering Oz wares. Craft tables offered convention-goers the opportunity to create their own souvenirs of the weekend - like this decoupage ornament featuring the Hammerheads from The Wizard of Oz! All in all, everyone appeared to thoroughly enjoy themselves. Next year the National Convention is merging with the Winkie Convention - it should be quite a time!
Posted by Bill Campbell 2 comments: 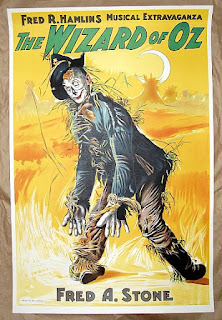 This is an interesting idea - a reconstruction of one of the original posters for the 1903 Broadway production of The Wizard of Oz. This was done in 1998 by the S2 Atelier, based in New York at that time and now in Las Vegas.

The process consisted of an artist re-drawing the original image on lithographic plates - so the end result is a true lithograph print, as the original poster would have been. This means a much sharper, crisper image than is seen in a digital print.

The poster is an impressive 27 x 43, and quite striking - I have a feeling the chances of my finding an original one are slim, so this makes a nice substitute!
Posted by Bill Campbell No comments:
Newer Posts Older Posts Home
Subscribe to: Posts (Atom)