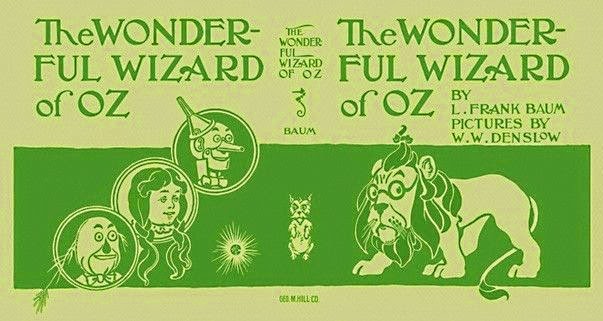 Here's a piece I picked up on eBay recently. This is a facsimile dust jacket created by John Anthony Miller, for the first edition of The Wonderful Wizard of Oz. Very few examples of the original jacket have survived the years, and I'm not certain if a complete original jacket is known. The chances of my ever owning one are quite slim; so this will have to do! 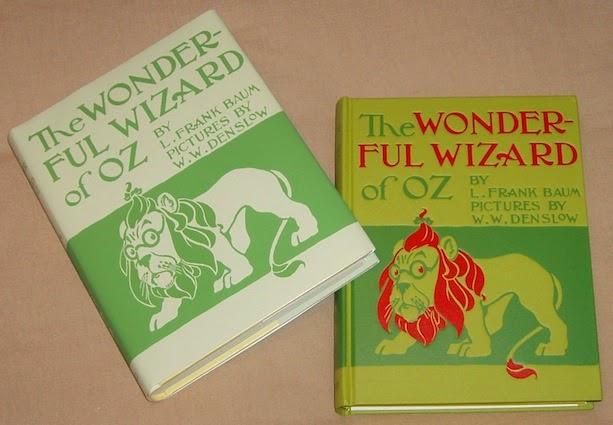 It fits perfectly on the recent facsimile of the book offered by the Bradford Exchange; it could also be used on an original George M. Hill first edition. It even works on the earlier facsimile produced by Books of Wonder - although it was just a bit wide for my copy. It's a fun touch to complete the appearance of the book!

Don't forget, the Kickstarter campaign for this year's production of The Tik-Tok Man of Oz is still running - any contribution will help to make this an even more memorable occasion. Here is a video plug for the show! 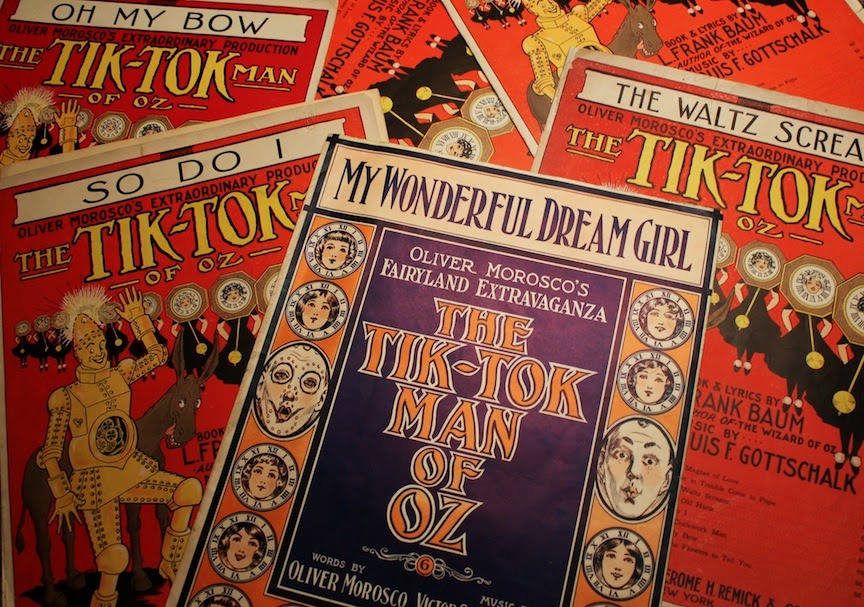