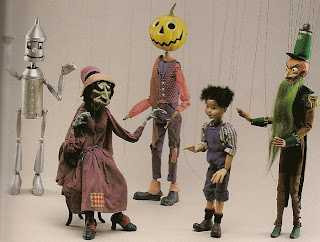 While poking around on my computer the other night, I ran across a web page (here) with this photo of characters from a 1950's puppet adaptation of The Land Of Oz. These puppets were designed by Burr Tillstrom, the creator of Kukla, Fran and Ollie.

In March, 1950, Billboard magazine ran a small article stating that Tillstrom had started production on a new half-hour series called The Wonderful Land of Oz.

There's a mention of the project in April, and another in May stating that there was a successful audition of the series held at NBC in Chicago. No further mentions are made, as the project apparently went down the tubes. However, in 2000 the Library of Congress included a May, 1950 airing of Burr Tillstrom's The Wizard of Oz as part of their Oz film series, so that first episode must still exist. It's too bad that the series didn't continue - these puppets look like fun!
Posted by Bill Campbell No comments: 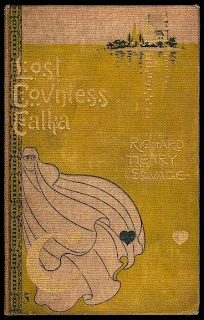 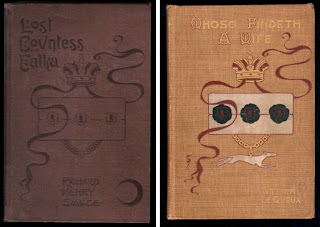 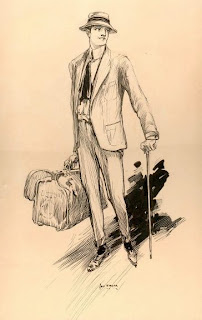 After a busy holiday season, complete with travel and a computer meltdown, I'm finally getting back to posting.

Here's a nice John R. Neill drawing, probably published but location unknown. It appears to be a fashionable young man, carrying his traveling bag and perhaps a tennis racket? He might be headed off to college, or maybe returning home to visit. In many ways, he has the appearance of an adult Button-Bright – still traveling and unconcerned about where.

The suitcase makes me think of the black bag of magic tools carried by the Wizard of Oz.
Posted by Bill Campbell No comments:
Newer Posts Older Posts Home
Subscribe to: Posts (Atom)