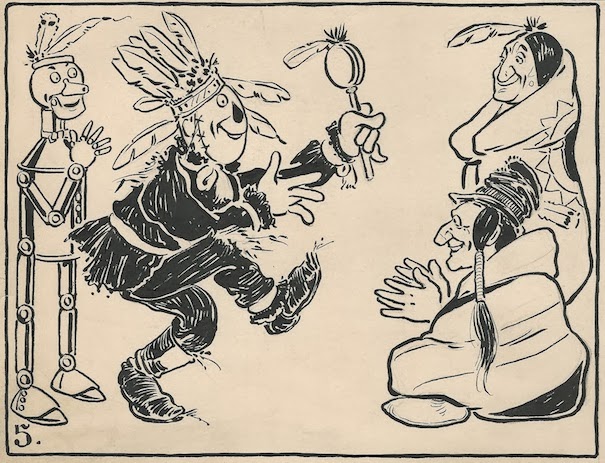 In 1904, W. W. Denslow produced a comic page called Denslow's Scarecrow and the Tinman, which ran for 14 weeks. The strip showed the comic pair traveling to various places and encountering adventures, with mixed results. Two episodes were taken from his 1903 picture book of the same name, and the remaining 12 were new stories for the characters. Sadly the strip wasn't a great success, and it disappeared and faded from memory. Fortunately, some of the original comic page artwork survives, and when Bonham's auctioned a few pieces this past December, I was one of the happy winners. It isn't easy to find original Denslow art of this famous duo! 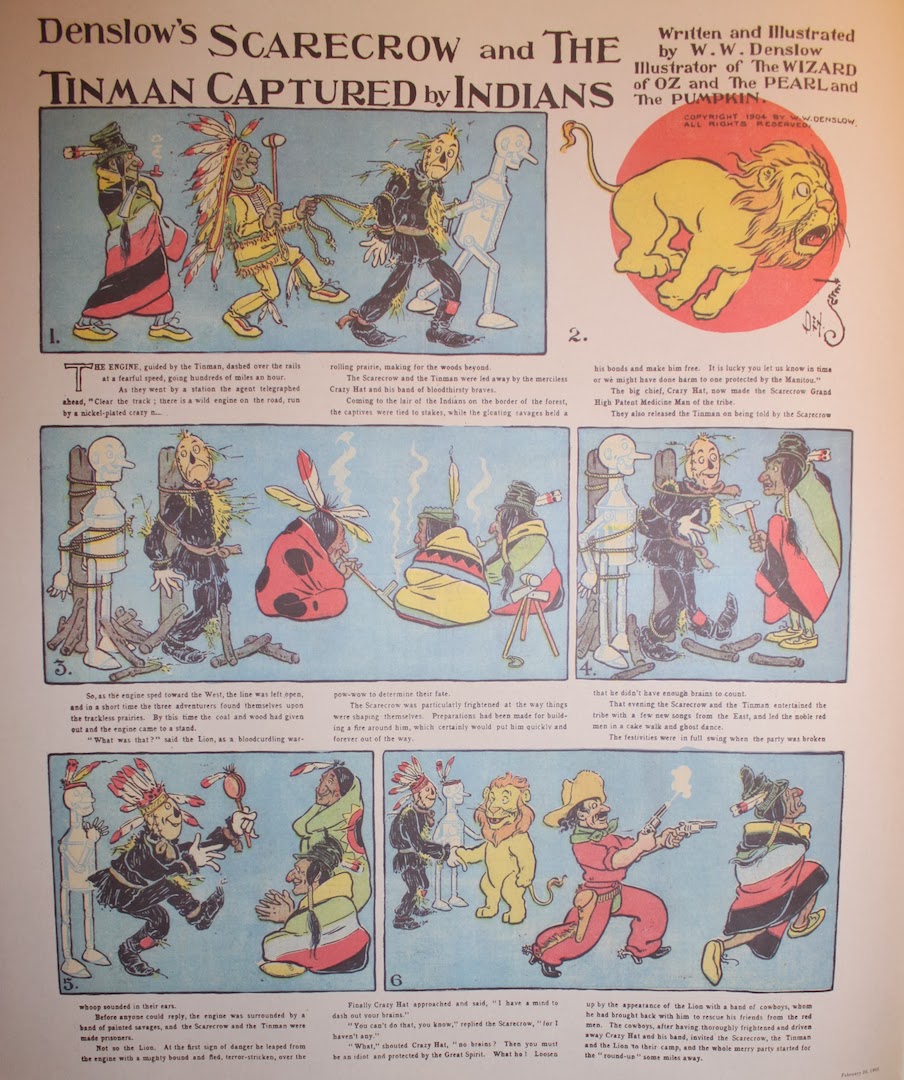 Denslow and L. Frank Baum owned a joint copyright on The Wonderful Wizard of Oz, making it possible for either man to make use of the characters as he wished. They do pop up in several of Denslow's picture books, but I'm a little surprised that the artist didn't do more with them!

The original comic page art was cut into panels in the late 1950's by bookseller Charles Sawyer, in order to sell it more easily in his shop. Sawyer's bookstore in New York City was a favorite stop for early Oz collectors eager to find a piece of artwork, until the entire stock was bought up by one or two clients. Only one complete uncut page of artwork for the comic survives. 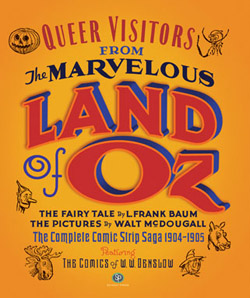 Sunday Press Books included all the episodes of this strip in their oversized compilation of Baum's Queer Visitors from the Marvelous Land of Oz comic pages. These were running at the same time as Denslow's effort; I don't think either strip is Oz at its best, but they are fascinating examples of marketing for the series and the characters. The color page above, which includes the drawing in my collection, is from this book.

For a more affordable version of just the Denslow stories, Hungry Tiger Press also offers the comics in book format, with line artwork that has been cleaned up and printed in black & white - just like the original drawings! 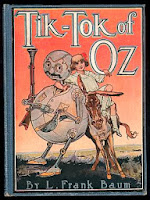 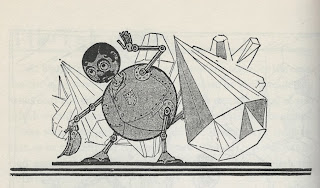