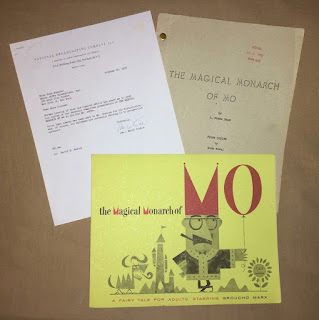 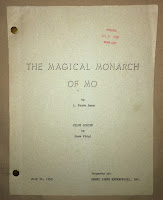 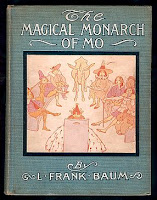 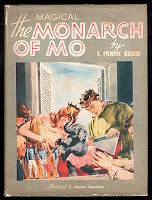 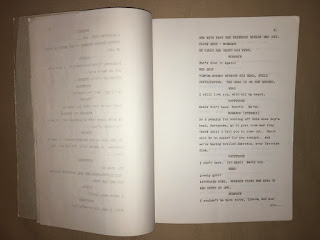 Bouncing Along With Billy 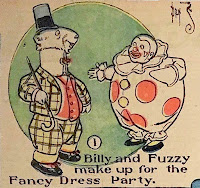 W. W. Denslow covered a lot of ground in his artistic career. Newspaper artist, poster artist, designer of book covers, theater designer, children's book illustrator, and comic postcards are all among his credits. Another was innovative comic strip artist.

In 1901, Denslow created Billy Bounce. This was an early comic strip that made use of a continuing story line, rather than a simple weekly gag. Denslow played with novel layouts in the early pages, and his designs jumped across the paper.

Here is a later episode, from early in 1902. The complete date is missing as the page has been trimmed and is a bit rough. By this time the strip has become much more standard, in layout and concept, than some of the earlier examples. Denslow quit the comic later that year, but it continued for several more years under another artist.  Some of Denslow's Mother Goose characters are included in this particular episode. (Click on the picture for an enlarged image of the page.) 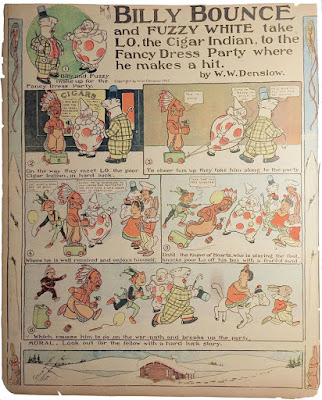 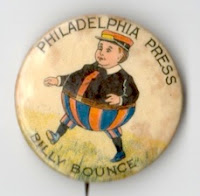 The strip was popular, even after Denslow gave up drawing it in 1902. Buttons were produced to publicize it, and it even inspired a brand of cigars. Two button designs are known, but it is unclear whether they were drawn by Denslow. The one I'm showing does not appear to be his work.

Toys From the Land of Oz

Back in January, I attended the opening of an exhibition at the National Museum of Toys and Miniatures in Kansas City, Missouri. The show is called Over the Rainbow: Toys from the Land of Oz, and was organized by Jane Albright. Her aim, with the assistance of 20 or so other collectors, is to show as many vintage Oz-related toys as possible.

Along with the toys are a number of other rarities, from film costumes to souvenirs from the 1903 Broadway production. The show runs through August 20th and is well worth visiting if you happen to be in the area! 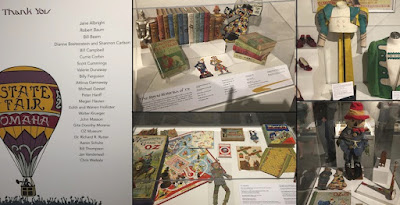 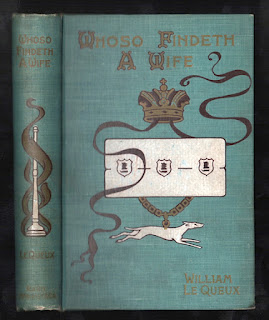 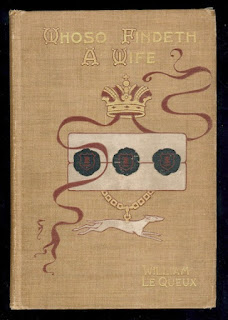