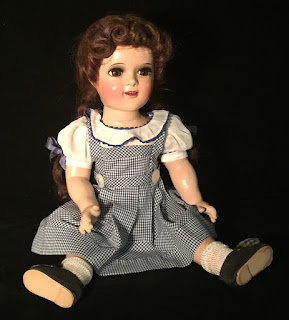 This past week has marked the 77th anniversary of the release of the classic MGM film The Wizard of Oz. The film had several sneak previews during August 1939, but the 25th of August was the official release date, and the rest is history!

A wide variety of merchandise was produced at the time, to tie in with the movie. Among the many items was the Judy Garland as Dorothy doll, from the Ideal Novelty & Toy Co. The doll was made of composition and the face was sculpted to portray Judy Garland in her memorable role. This was produced in three sizes, 14", 16", and 18".

I haven't focused on collecting movie items, but I couldn't resist this when it turned up some time ago. This is an example of the 18" size, in lovely condition, although her clothing has been replaced. Ideal also produced a soft doll of Ray Bolger as the Strawman - something else I wouldn't mind having! 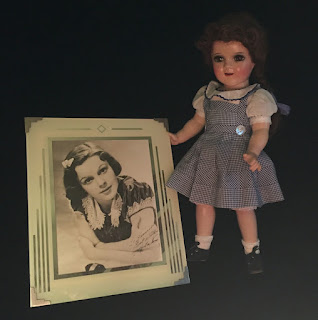 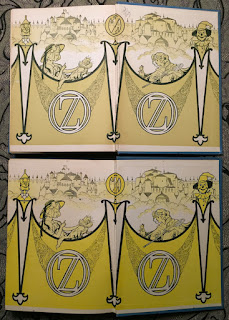 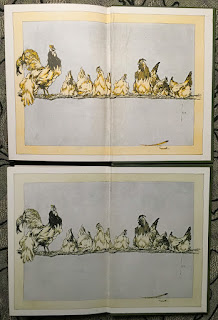 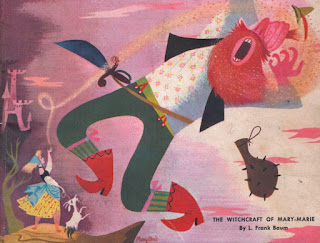 The story was illustrated by Art Seiden, but the drawing used on the cover was by Mary Blair. Blair was a well known artist and a famous Disney designer, who drew concept art for a number of films as well as the Small World ride at Disneyland. This cover was drawn during the height of her years at Disney Studios.
Posted by Bill Campbell 3 comments:
Newer Posts Older Posts Home
Subscribe to: Posts (Atom)