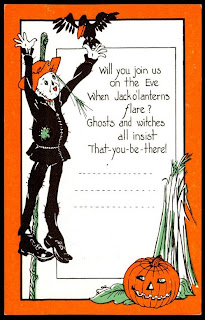 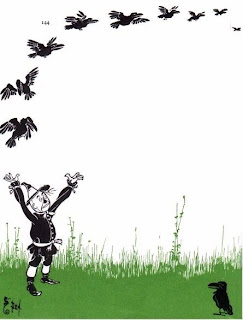 I found this image on the internet and don't currently own a copy of this card. It was manufactured by the Metropolitan News Company and dates from around 1907 - 1915.
Posted by Bill Campbell

Thanks for posting about this book. I had come across it on another website listing various Reilly & Britton/Lee publications, and was intriqued that John Neill illustrated a non-Oz book that became a Disney movie.

"Darby O'Gill and the Little People" is the only movie (that I know of) in which Sean Connery sings. He apparently plays the normal-sized man in Neill's frontispiece.