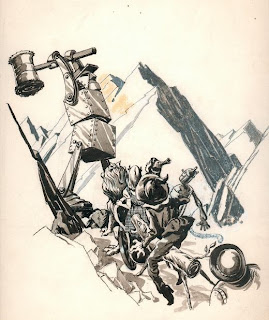 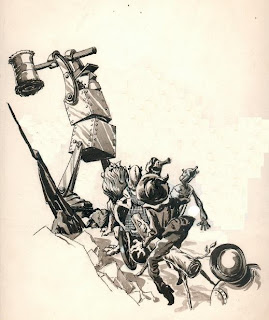 On the left, I've digitally removed the background that was hidden, as well as some browning near the Giant, to show the final intent of the drawing. In this form the image is more dynamic, with a strong diagonal thrust. The drawing could be returned to this state, but I think it makes an interesting example of the changes that illustrations go through. Also, since graphic editing is so simple to do by computer, there's no real need to physically cover the unwanted parts of the image.
Posted by Bill Campbell

Very nice. It's great to see unused at at all and to see this piece in two version is a real treat!