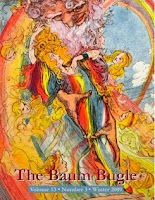 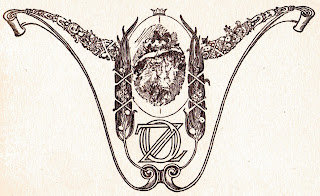 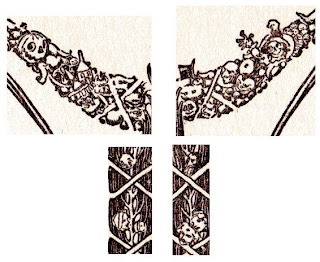 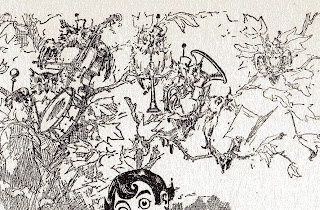 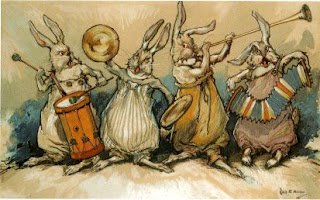 Hi Bill--Love this blog! Upon closer inspection i was able to pick put the following in the chaptwer heading detail. On the left border wereJack Pumpkinhead, the Good Witch of the North, the Tin Woodman, Toto, Para Bruin (from John Dough)and either Uncle Henry or Santa. On the right side are two unknowns, the Wizard, either John Dough or the candy man frim Dot and Tot In Merryland, and the Scarecrow. The first verticle border is unknown, but in the second there are from the top, possibly the braided man, then Dorothy and Ozma.

I'm an English Language Arts teacher in Quebec. I found this post very interesting because over the past few years we have a much greater emphasis on "visual literacy" and the notion of "reading" the illustrations as well as the text. In fact I've just finished a series of workshops in which we are promoting the use of illustrated picture books (including graphic novels) in the classroom.
The illustrations in your post are examples of how much we can gain from a close reading of the illustrations.
Evelyn in Montreal

I've always been a fan of illustrated books, in part because so often the illustrations are not an exact match to the text. I think this alternate view can add another layer of richness to the story.