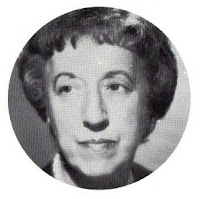 Many Oz fans have stories of meeting Margaret Hamilton, the actress who played the frightful Wicked Witch of the West in the famous 1939 MGM film. In fact, when one of my sisters was in 5th grade, Miss Hamilton came and spoke to her class....unfortunately, it wasn't MY class! 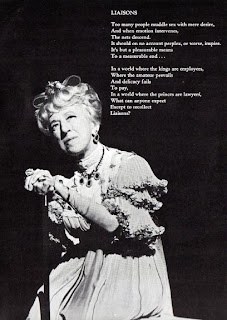 But I did get to see Margaret Hamilton perform on stage, during the original national tour of A Little Night Music. I was 14 at the time, and convinced my parents to take me into Philadelphia for a performance - I was already turning into a fan of Stephen Sondheim. Miss Hamilton was playing Madame Armfeldt, the role recently revived by Angela Lansbury and currently being played by Elaine Stritch (!). Unfortunately, I don't have a strong memory of her performance - I was too much in awe of the entire production! It's still one of my favorites, and I can't help feeling that the current revival on Broadway is a weak shadow of the original.
Posted by Bill Campbell

By all accounts, she was an incredibly sweet, funny woman who loved children and animals--completely at odds with her Oz persona!