The recent Marvel editions of the first six Oz books have been an great opportunity for new readers to discover the Oz series - Eric Shanower and Skottie Young did an excellent job of adapting and illustrating the stories. Unfortunately, the series has ended with The Emerald City of Oz; a logical place to stop, as that is where L. Frank Baum originally ended the series, before returning with additional tales. Perhaps Marvel will do the same, and return at some point! 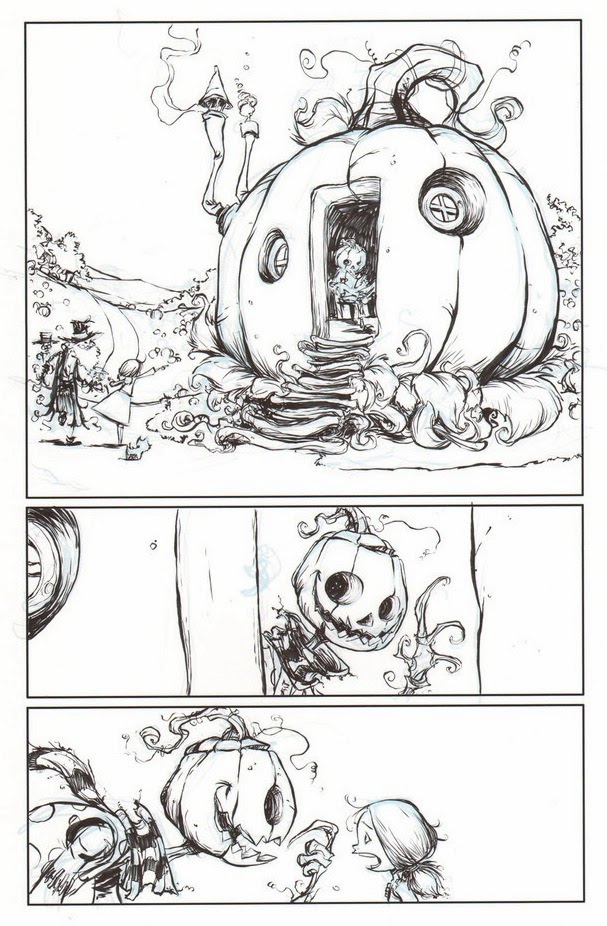 It has also been an opportunity to acquire artwork of some favorite Oz characters and scenes; I've shown several other examples in previous posts. This is Skottie Young's version of Jack Pumpkinhead at home, from The Road to Oz. John R. Neill's version of this scene has always been one of my favorite Oz illustrations, but I think Skottie's Jack looks great! And you couldn't find a more organic home, tendrils and all... 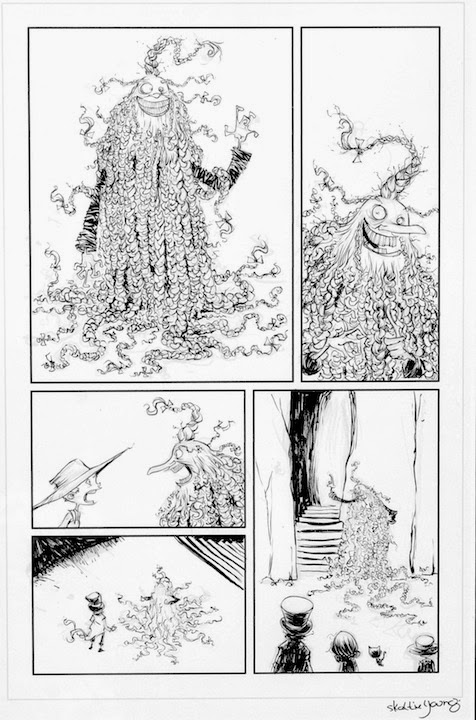 Another character I've always been fond of is the Braided Man from Dorothy and the Wizard in Oz. He doesn't play a large role in the story, and we only ever see him once more, briefly, in The Road to Oz. Still, he's a memorable character among the many fascinating people of Oz and its environs. Here he is in all his glory, as envisioned by Skottie Young.

I love Scottie's work. It's really fun to see such a modern take on the characters.