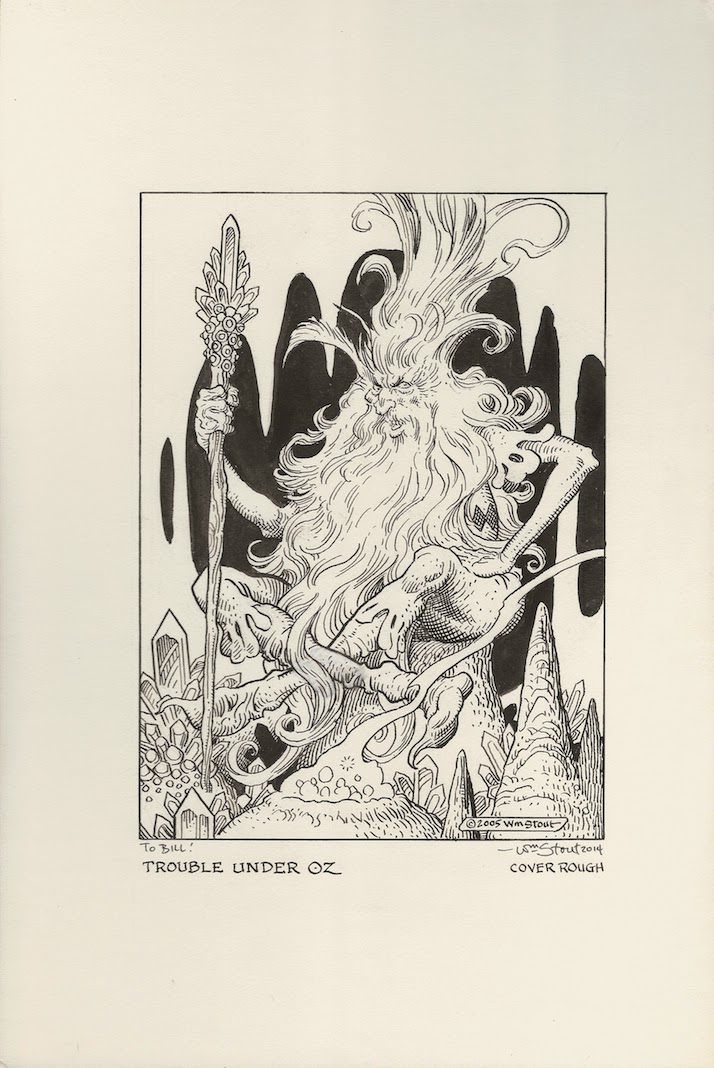 Great image. The cover of "Trouble" was much more enticing than "Emerald Wand." Really enjoyed hearing from him and Sherwood Smith at the convention.

The character is very much based on John R. Neill's cover for The Gnome King of Oz, by Ruth Plumly Thompson - it's a fun homage!

I love that drawing! I admired it every time I went into the Dealers Room at WinkieCon. You're lucky to have it, Bill.

Thanks! The finished, full color cover art was also available, but this was easier on the finances...