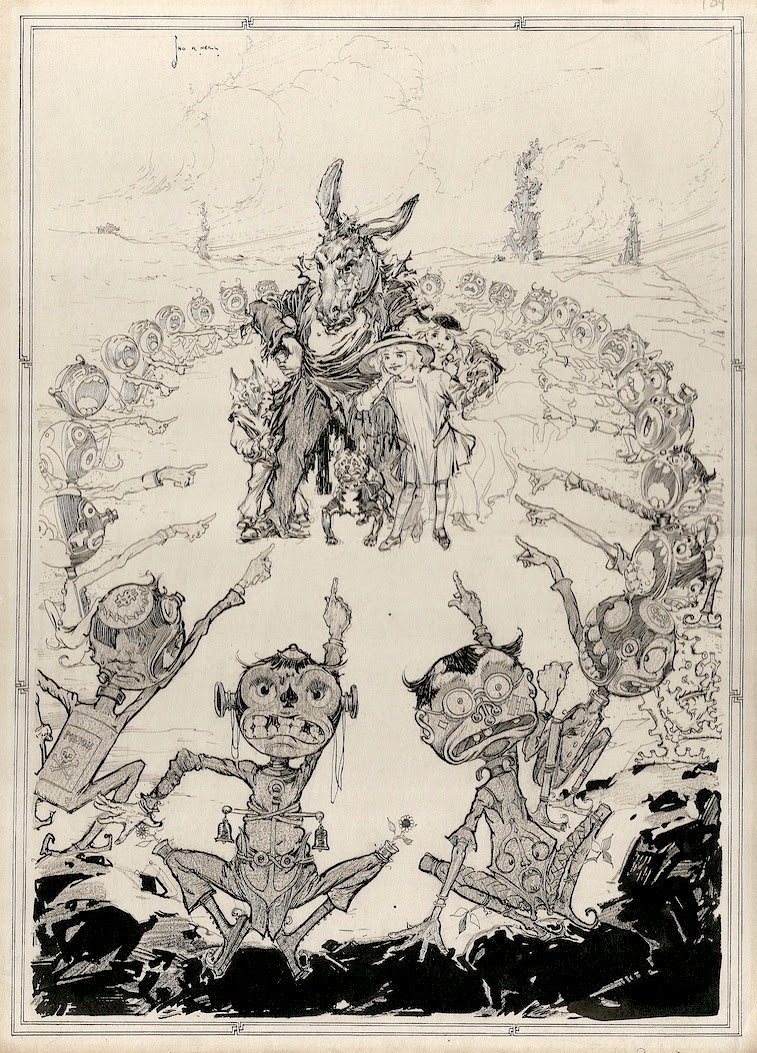 The Road to Oz is considered to contain some of Neill's finest and most elaborate work, and it's easy to see why when examining the many whimsical details on the Scoodlers in this drawing. Sadly, much of the crisp line work is lost in reproduction, especially in later printings of the book.
Posted by Bill Campbell

So awesome that you own this! As a kid I remember just staring at this illustration and glorying in all the wonderful details. Truly one of the crown jewels of Neill's Oz work.

I've always thought his black and white work in Dorothy and the Wizard and Emerald City was equally impressive, but as those books had color plates, there weren't as many opportunities for full page black and white drawings. I'm very lucky to have this piece!

Congratulations! That is an amazing drawing. I'm glad a real Oz fan now has it.