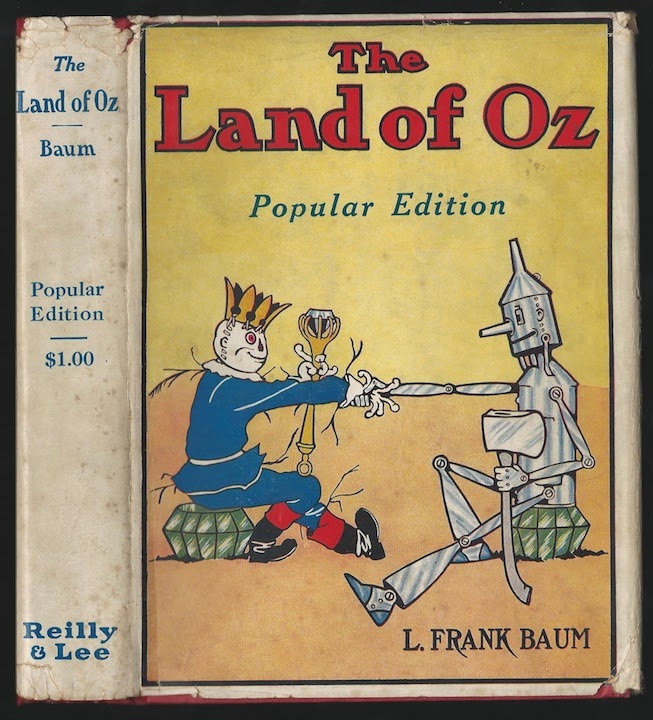 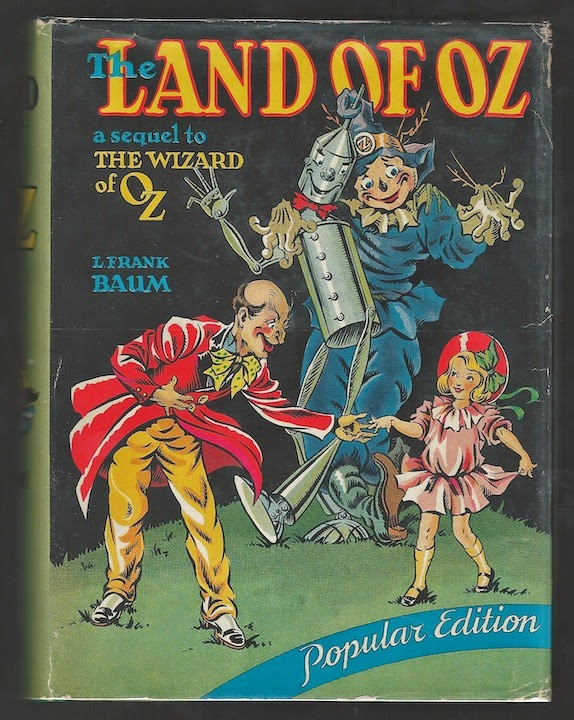 The popular edition was clearly identified on the front cover - but the words pop up in a variety of places! Above, you can see a couple versions, taken from the Internet. In 1939, another popular edition was released to capitalize on the 1939 film of The Wizard of Oz. This time, the book was given a new cover and larger format - but the price remained the same.
Posted by Bill Campbell

The '39 edition must have been so confusing for kids at the time. Dorothy and the Wizard on the cover but no appearance in the book!

I know! Chalk it up to marketing...

Can someone please suggest an experience appraiser who can examine and appraise some of my Oz collection of books? Thanks, Neil