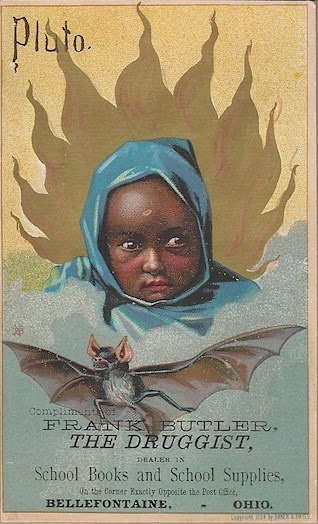 The card doesn't bear a Denslow signature, and is very different from the work he would become known for in later years. Several examples of other cards from this series are currently available from Wonderful Books of Oz.
Posted by Bill Campbell

That bat is quite realistic, isn't it? But creepy. Den did this work for a firm called Baker and Hayes--and the little symbol above the wing is an overlapping B&H that they used to mark their cards.

I was unaware of these until I saw them on your site!