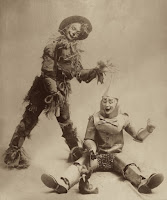 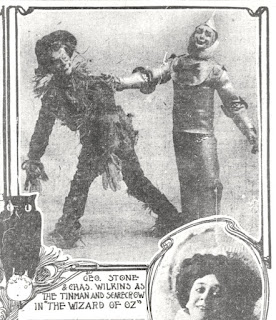 In 1906, the theatrical firm of Hurtig & Seamon acquired the rights to the show, and it toured for three seasons, into 1909. The photo on the left shows the stars of the show. Through comparison, particularly of costume details, it's evident that they are the same subjects in my photo - most likely photographed during the same publicity shoot!
Posted by Bill Campbell

Thank you, Bill and David!