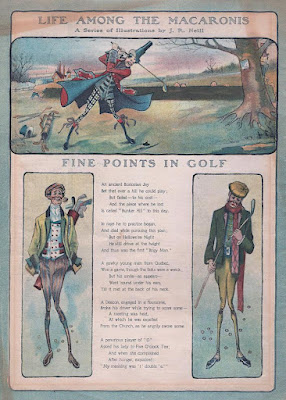 Life Among the Macaronis was a series of comical drawings created by John R. Neill, and published in The Sunday Magazine, a syndicated Sunday newspaper supplement used by a variety of papers around the country. The magazine was in circulation from 1904 through 1916, using a small title change depending on what city and paper it supplemented. Neill seems to have contributed around the period of 1904 - 1906.

This example was the rear cover of the May 15th, 1904 issue, not long before the publication of Neill's first Oz work in The Marvelous Land of Oz. The series of limericks were written by Neill, to accompany his humorous drawings. Postcards of the characters were also produced; here are three examples, distributed by the Boston Sunday Post, showing cropped versions of the characters seen above:

The individual cards have been titled “Off for the links”, “A terrific drive”, and “A disaster on the links”. The extra space at the right of each card was for jotting a short message - the back of early postcards was reserved for an address, no additional writing.

Neill seems to have been fond of his Macaronis; he used the same elongated figures over a number of years, as seen in a 1901 single panel Christmas cartoon. 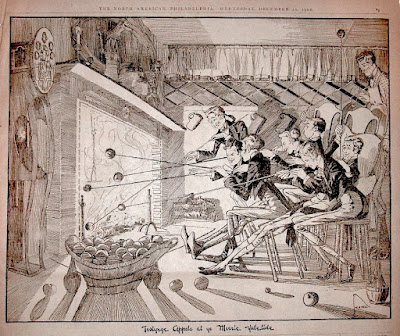 They also bear a strong resemblance to the Soldier with the Green Whiskers in 1904's The Marvelous Land of Oz, and the Hilanders in John Dough and the Cherub, from 1906 - 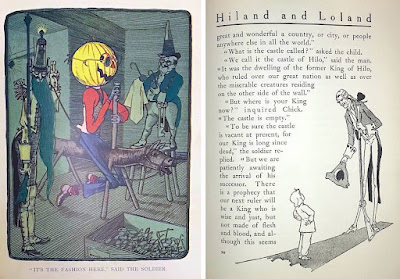 Here's an undated original drawing by Neill, of a musical Macaroni puffing on a horn and surrounded by other whimsical wind instruments. This piece is inscribed "To my old friend M. L. Stein", over the artist's signature. 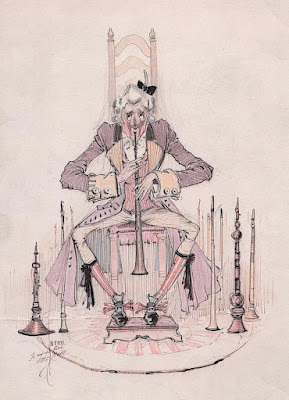 A Macaroni was a late 18th century fop or dandy, an overly elegant figure extravagant in clothing and manner. This helps explain the traditional lyric from Yankee Doodle Dandy - "Stuck a feather in his cap and called it macaroni"!