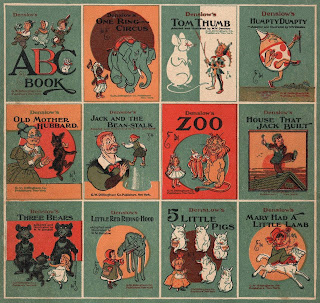 In December 1902, the comic section of The New York Herald published four adaptations of classic stories, rewritten and illustrated by W. W Denslow. These would be the genesis for the series of Denslow's Picture Books for Children, which were published by Charles Dillingham in 1903 and 1904. 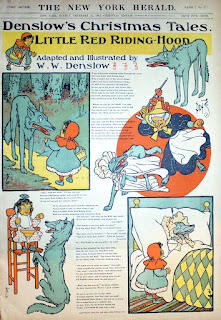 Among these first stories was Little Red Riding Hood, adapted in poetic form and revised to eliminate horrors - in this case, Grandma subdues the wolf and he becomes as tame as a pet dog. This idea of eliminating nightmares from stories for children was common to both Denslow and L. Frank Baum; Baum writes of this concept in the introduction to his modern fairy tale, The Wonderful Wizard of Oz. As to how successful they were at achieving their goal is another question! 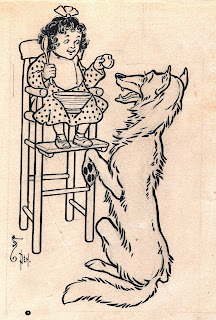 At any rate, here is an original piece of the artwork from this story. Red Riding Hood is seated in a high chair as the newly domesticated Wolf begs for a treat. Various traces of preliminary pencil work can be seen, which is always an interesting part of viewing original artwork!

The drawing is cut from a larger sheet, and mounted on a backing piece. I seem to remember hearing that some of Denslow’s newspaper comic drawings suffered water damage many years ago, while in the possession of a book dealer. Consequently, what could be salvaged was cut from the various pages for later sale. At least the artwork was not entirely scrapped! 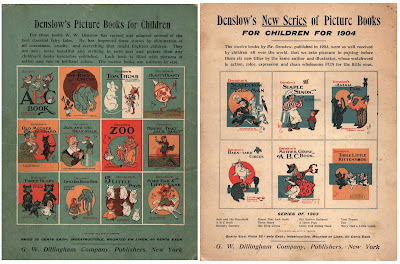