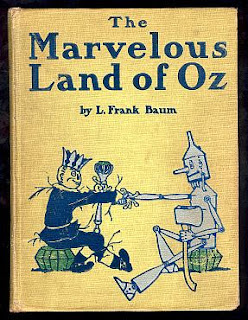 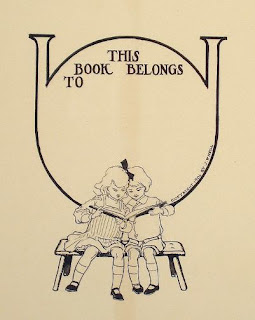 the two children could easily be Dorothy and Button Bright. Neill didn't draw Dorothy until the following year, 1907, in Ozma of Oz, and Button Bright doesn't appear until 1909 in Road to Oz. Still, it's fun to think of these two as precursors to the more famous characters.
Posted by Bill Campbell

They also resemble Nip and Tuck, the protagonists of a comic strip that Neill did the artwork for.

That's true, although Nip & Tuck were later - 1909-1910. Nip & Tuck also very much resemble the Dorothy and Button Bright that Neill was drawing at the time - also Dingleberry the dog is a match for Neill's first Toto. I have some Nip & Tuck pages that I'll be posting at a later date.