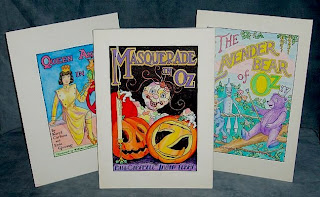 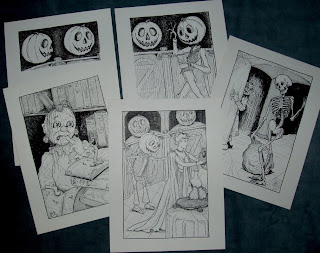 I have "Queen Ann in Oz." You guys did very well on the illustrations.

I have MASQUERADE and LAVENDER BEAR, and enjoyed both. The bit in the former with the bookworms eating the books in the palace library was kind of bizarre, though.

Thanks - the bookworm sequence did get slightly changed from the manuscript. In the original text, the bookworms are simply eating their way through the library. It was thought that that might irritate librarians(!), so it was changed to the books being restored at midnight each night.

Heh, I think it's amusing to imagine a librarian refusing to accept the book because of the bookworms. It would be upsetting if a bookworm were to eat some important information, though, wouldn't it?