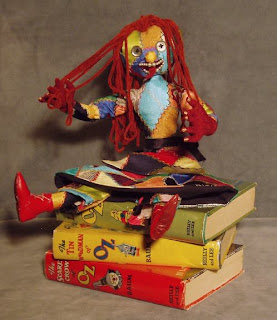 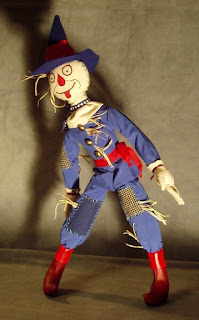 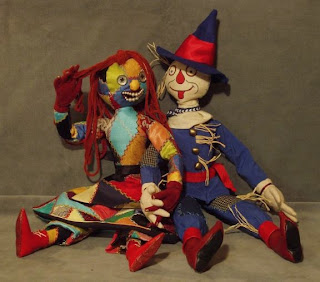 Nice work! And a nice thing to see on Valentine's Day. Plus, I'm re-reading "The Patchwork Girl of Oz."

Yeah, those are really neat!

I don't visit this blog often, but great job!

I love these! Did you create a pattern for these? I would love to purchase a copy and make a pair myself! I made a Jack Pumpkinhead to go in an Oz Christmas display a few years ago. The display didn't actually happen, so I didn't get to use him until this year for the first time. I'm posting pics on my blog today...

I did create a pattern to make these, but quite honestly the majority of the work was done by winging it and I don't think the pattern pieces are necessarily of much use! I like your Jack Pumpkinhead, that's a character I've been thinking about doing up next - if I get him done, I'll post him.

These are fantsastic have you thought of making another pair and offering them for sale?

Thanks! I have started another set, the biggest problem is that they take quite a bit of time. What with having to actually make the fabric for Scraps, etc. I'm afraid I don't move too quickly on them - Consequently, they aren't terribly feasible for selling.