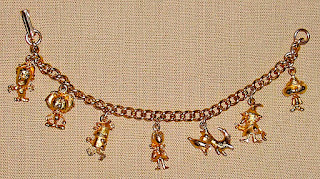 That Tik-Tok wearing that Oz bracelet is so hilarious and cute!

Interesting that the producers of the cartoon series had the Wizard of Oz speaking like W.C. Fields, since Fields was an early choice for the role in the 1939 movie.