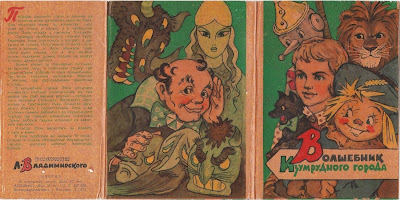 *After posting the above, I learned a bit more from David Maxine about this series. It seems more likely that the varying colors of the cards may be due to an aging varnish finish on the cards, rather than different printing choices and dates. Also, the 1956 date doesn't seem likely as these illustrations weren't used until 1959!*
Posted by Bill Campbell

These are adorable. And interesting to see Dorothy with such a stern expression on the folder!