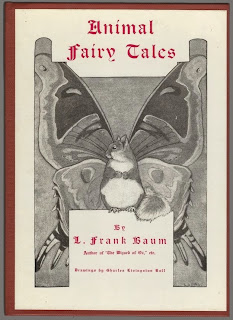 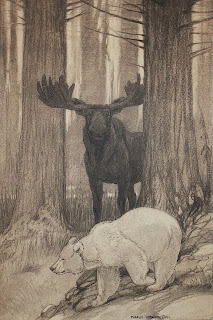 I don't know if any of the original art for the Animal Fairy Tales series survives. I've recently picked up a piece of the artist's work, unidentified as far as any publication is concerned. This is a typical example of the artist's monochromatic style.
Posted by Bill Campbell