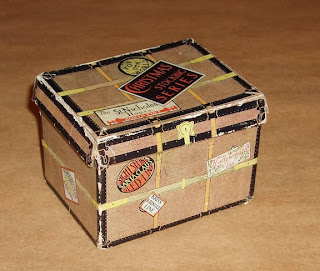 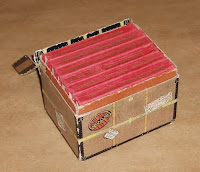 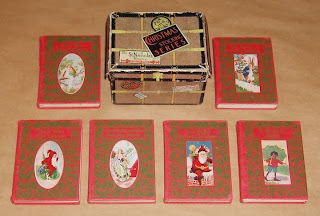 The cardboard trunk is a whimsical addition, with its various labels for the Jack Frost Transfer Co. and Hollywreath Inn, etc. This particular set is from ca. 1913 when the trunk first appeared. When first printed, the books were available in a special little bookcase. Personally, I prefer the trunk!
Posted by Bill Campbell

The trunk is adorable! I never read the labels on it, very cute.