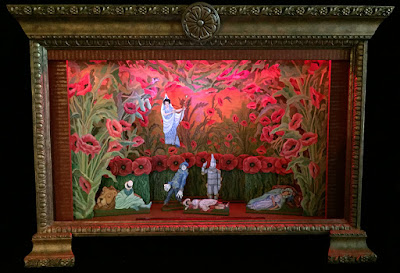 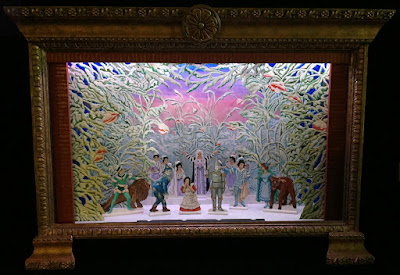 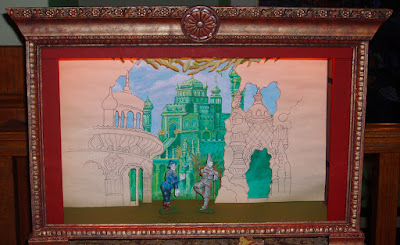 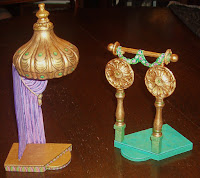 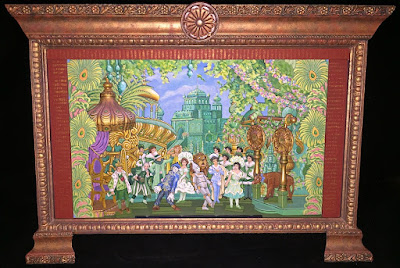 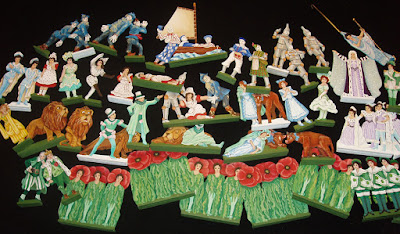 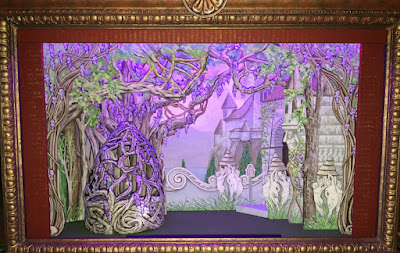 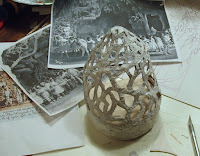 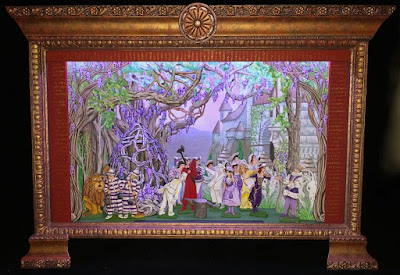 Bring on the dancing girls! Are you planning a stop-action animation of the show when you are done, Bill? This is phenomenal! I had not seen the November post, so I went back to view that one, and I have to say that I admire your work with an old crate and odd bits of molding.

Thanks! The animation idea has come up - it might be fun, although it's out of my immediate range of skills... At this point I'm still working on trying to finish the scenes!

Spectacular! You are so talented and very generous to share the photos. Animation? Yes!