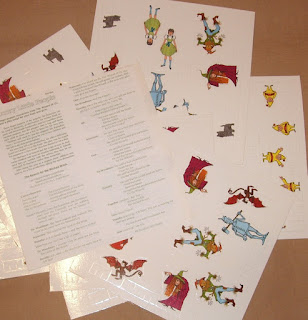 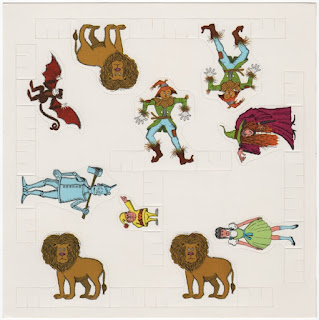 There is no artist credit on the Oz puppets, which are colorful. A simple script was included with the set, a fairly faithful version of Dorothy's capture and the subsequent defeat of the Wicked Witch of the West.
Posted by Bill Campbell