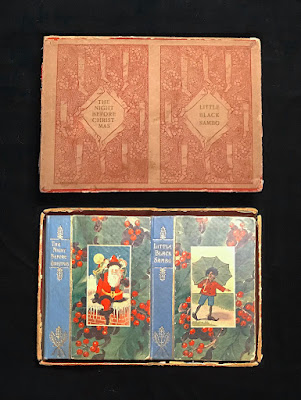 Reilly & Britton published The Christmas Stocking Series in 1905, and it proved to be a popular item. The series of six small books continued in print into the 1920s, utilizing several different packaging formats. I recently picked up one of the early variations.

This particular version  pairs two of the books together in a titled box. The books were published with red, burgundy, green, or blue cloth spines and back covers - these copies have the blue cloth. 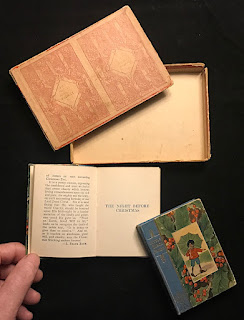 The series is of interest to Oz fans because of the introduction, written by L. Frank Baum and used in each small book. This short essay tells the origin of the Christmas stocking, and was written specifically for this series. It was well promoted in publicity for the books, and provided a good selling point.

Another later variation, ca. 1913, was the steamer trunk box; I've shown this before but here it is again for comparison. All six titles were housed in a fanciful cardboard trunk, covered in whimsical travel labels. The bindings of the books had changed by this time, to red boards with a green holly design. This packaging remained in use into the 1920s. 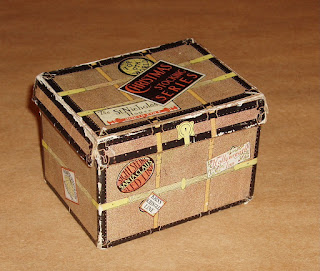 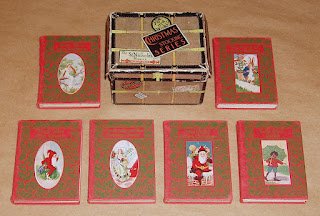 Gorgeous set, Bill! In my experience the blue cloth is the scarcest, and you also have the two most sought-after titles. For Little Black Sambo, would you tell me if your copy has the frontispiece printed normally or sideways?

Thanks, Peter! The frontispiece is oriented normally, not sideways.