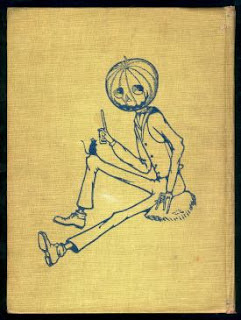 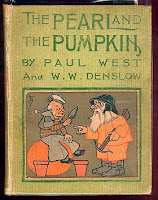 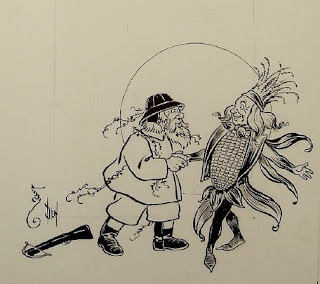 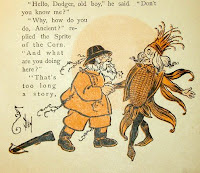 These pumpkinheaded men were preceded by Hawthorne's scarecrow in "Feathertop".

I've sometimes wondered if a pumpkinheaded Scarecrow might have been a discarded idea for the Wonderful Wizard.