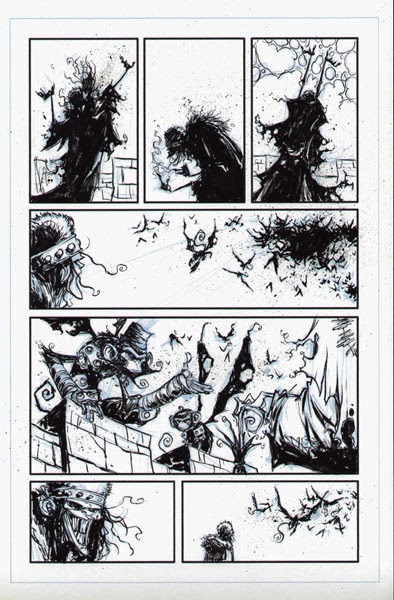 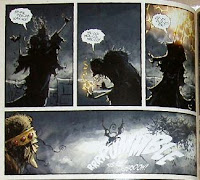 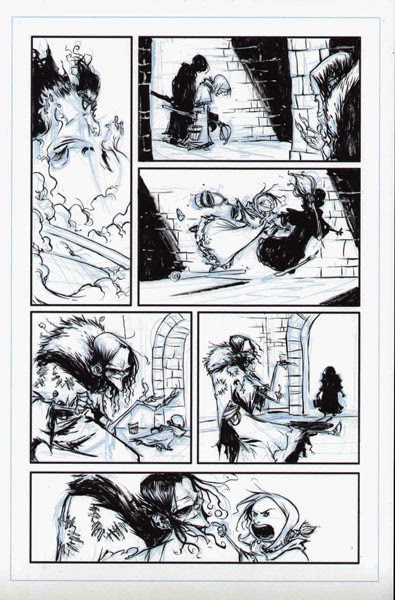 I got my hardcover copy of this comic, in full, a couple of weeks ago and was greeted by a lovely surprise: it would appear that the same crew is making a comic of "The Marvelous Land of Oz"! Did you know that? I did not, but the designs for Kip and Jack made an appearance at the end of my book and I am looking forward to it.

It is very cool to see the line work for these pages, thank you for sharing!

The Marvel version of Marvelous Land of Oz has started, and I'm looking forward to seeing the results. If all goes well, more titles might also be forthcoming!

The blue pencil on Skottie's pages isn't really pencil. He does the "pencils" on a Syntique and prints out them out in blue, then inks traditionally.

I'm always amazed at how far ahead of me technology has sped, and how ignorant I am as to its uses! After reading Eric's comment and looking at the artwork, it becomes obvious that the blue lines aren't traditionally drawn in - the tone is far too even.