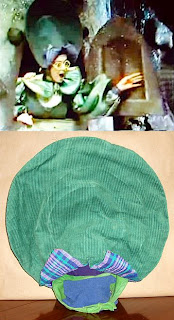 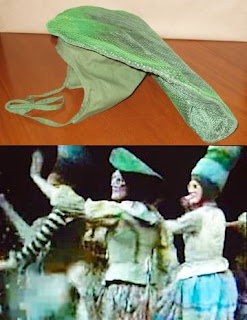 be lingering somewhere in her house. Here they are - 28 years later, somewhat worse for wear but still recognizable. The question is, what do I do with them now?
Posted by Bill Campbell

Your hats look great compared to some of the original costumes th theatre still has. the still have full Woggle-Bug mask, as well as Lack Pumpkinhead's head. the Woggle-Bug mask was laying on the floor crushed bu some other stuff. Jack was on a shelf.

The Tin man costume is stil there....at least the chest part is. It's fairly beat-up though.