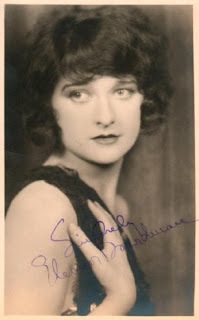 Eleanor Boardman was a silent film star of the 1920's, who was married to director King Vidor - who worked on the MGM Wizard of Oz. (They divorced several years before the movie was made). However, she has a much closer Oz connection. She was born in 1898 in Philadelphia, which was also the birthplace of W. W. Denslow, and John R. Neill. She gained some recognition at the age of 15, modeling as The Kodak Girl before entering films in 1922, but for Oz collectors she is best known as the model for Betsy Bobbin on the cover of Tik-Tok of Oz. 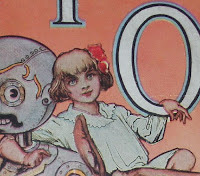 I believe Peter Hanff learned of this connection when he met her daughter in California some years ago.

Tik-Tok was pubished in 1914, which would have made Eleanor about 16 years old at the time.
Posted by Bill Campbell