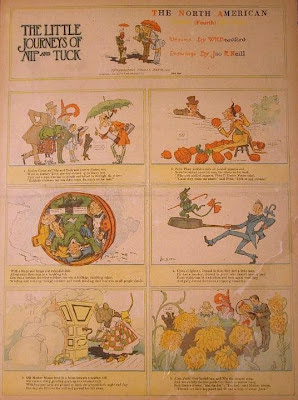 In 1909/1910, John R Neill worked on a Sunday comic page called The Little Journeys of Nip & Tuck. This strip was written by William Bradford, and ran from March 7, 1909 to February 27, 1910, first as a full-color full-page, then as a 2-color half-sheet. The writing consisted of simple rhymes, many of them dealing with Mother Goose characters the children meet on their journeys. The rhymes are pretty forgettable, but Neill brings his typical whimsey to the illustrations. These pages have a simplicity and elegant sparseness that seems unusual for the time. 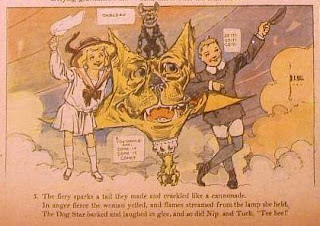 Tuck looks remarkably like Dorothy, and I think Nip looks like her cousin Zeb from Dorothy and the Wizard in Oz. And Dingleberry the dog is the same as Neill's first concept of Toto. Incidentally, Neill had a small bulldog named Dingleberry. It's also interesting to go through the comic pages and find other examples of images that seem strongly influenced by work Neill did on Baum's books. 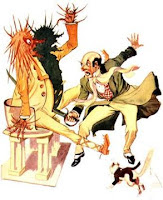 A good example is below - on the left, a color plate from Dorothy and the Wizard in Oz, and below, a panel from Nip & Tuck. 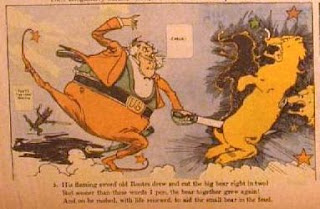 Thanks for sharing this wonderful insight Bill. I was always struck by the similarities between "Nip & Tuck" and "Little Nemo in Slumberland."

Also, thank you for ALL your wonderful posts in this blog!!

Winsor McCay did wonderful work in "Little Nemo" - I've seen original drawings offered, but they were way out of my range! There's a nice book edition of the strip available currently, with the pages printed at their original full size - it makes such a difference for viewing.