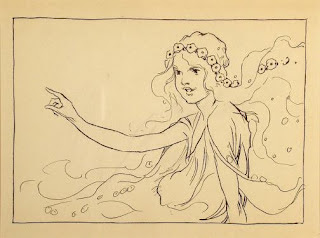 Here I have two John R. Neill drawings of Urtha, from Grampa in Oz. You could say that Urtha was the original flower child, seeing as she's made of blossoms! Neill didn't really capture this aspect of the character - she appears as his standard fairy girl, although strands of flowers do trail from her. 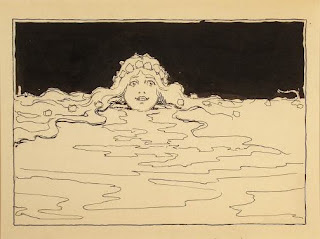 The first drawing is a basic portrait, and the second illustrates a point in the story when Urtha is floating in an underground lake. These illustrations are simple and effective, but not nearly as elaborate as the work Neill produced for the early Oz books.