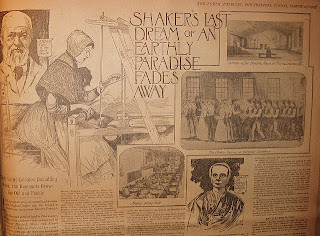 Here are a few examples of work done by John R. Neill and published in the Philadelphia North American newspaper, in March of 1905. Neill did illustration work for this paper over a number of years. His most memorable pieces are probably the Little Journeys of Nip & Tuck comic page from 1909-1910. He also drew another comic titled Life Among the Macaronis - I've never seen this last one, but I imagine it would contain the same fanciful streak. In 1905 he provided illustrations for a serialized version of The Fate of a Crown, one of L. Frank Baum's pseudonymous novels. 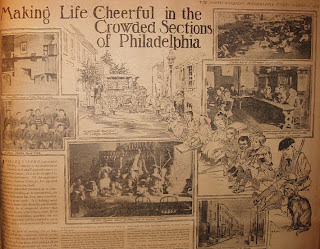 I believe most of the work he did was in the magazine section, (not a separate publication but a section of the paper) for articles covering a wide range of topics. He also illustrated stories, some in a style that brings his early Oz illustrations to mind.

I won't be posting for the next few days, but will return sometime next week!