The Magic of Oz 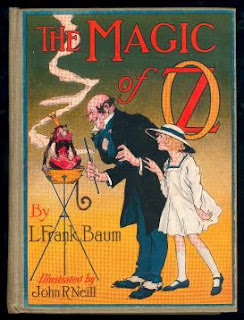 After heading out of town last week, I realized I was a bit remiss in not mentioning L. Frank Baum's birthday on May 15th! He was born in 1856, making this his 152nd birthday - also, The Wonderful Wizard of Oz was published on May 15th, 1900, 108 years ago.

L. Frank Baum died before this title was published, leaving this and a second book to be published posthumously. After a bit of a slow-down a few years earlier, the Oz series was gaining in popularity at this point - this makes sense if you figure that children who read the first books would be old enough to be starting families, and purchasing books they enjoyed as children themselves - The Wonderful Wizard of Oz was published in 1900, and this title appeared in 1919. 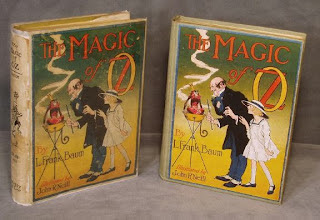